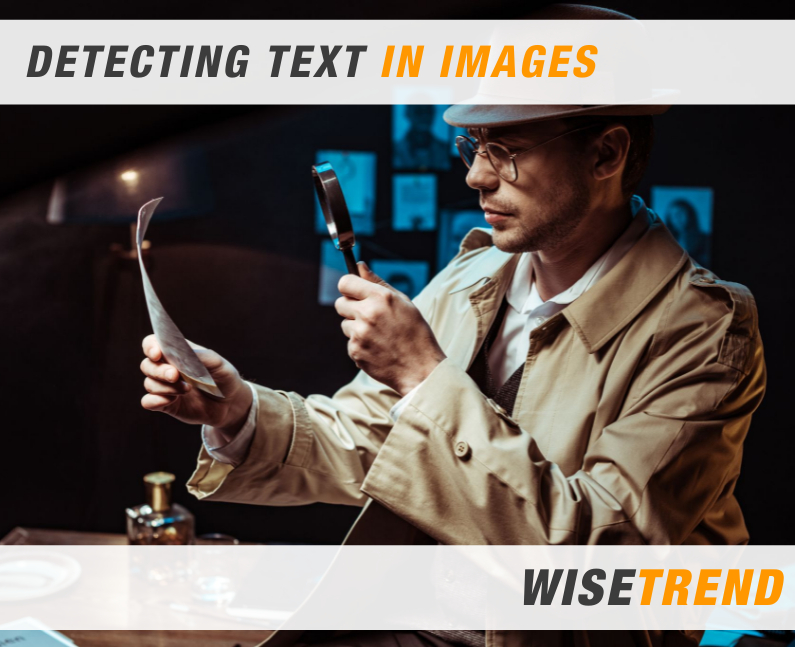 This question was answered on www.StackOverflow.com

Is there any good way of detecting whether an image contains text or not?

I’m not looking for a way to retrieve the text, only to detect if there is one or more characters present in the image.

I can understand that there is no foolproof way of detecting text, like when the font is a bit off standard; it might be hard to recognize. I’m after a “as good as can be” solution.

Detecting if there is text is nearly the same as extracting the text, i.e. if you are able to extract text, it confirms that there is text. Detecting the text is roughly 90% same steps as extracting the text, the last 10% being some optimizations for specific languages and text types within OCR to produce better text recognition. Most of the heavy lifting happens at the beginning of the process, specifically image binarization and backgrounds removal, segmentation into objects, document analysis for layout, object type detection, and recognition of each object separately. For background information, take a look at the blog post I wrote many months ago about detecting and extracting various text via OCR from complex pictures and images. For given images, take these steps one after another, and you will be able to decide if today’s technology can see text in these, and any other pictures.

Furthermore, quality of the OCR software will determine how powerfully each step can act. More powerful OCR will be able to successfully process more complex images. For example, using Tesseract in the past, it frequently returned nothing indicating there was no text on images. Some other commercial OCR was able to return text from the same small or very low quality picture, indicating there was text. Essentially two entities tell you different things, and you need to know which one is wiser, and listen to that one.

Also, some OCR will have special modes for ‘aggressive’ text extraction, which will go even into logos and graphs in order to find and extract every single piece of text, and anything that looks like text. Other OCR may just treat the same logo as picture, even if it has text inside, but that text will not become characters. Think Microsoft or Google logos. I know of two commercial products that have this capability for advanced text extraction from within other objects: ABBYY FlexiCapture advanced enterprise data capture software, and OCR-IT Cloud OCR API which has TextAgressive analysis and extraction mode.

Using the above methodology, let’s look at every sample provided:

Donald – some characters CAN be detected, with low chances

Vip House – characters CAN NOT be detected

Smoothdealer – characters CAN be detected with 15 degree rotation tests

500PCS – characters CAN be easily detected